Victoria’s tall montane ash and mixed species forests in the Central Highlands provide some of the last remaining habitat for the critically endangered wollert (Leadbeater’s Possum) and the vulnerable warnda (Greater Glider). These nocturnal possums need the tall canopies and deep hollows of old-growth eucalypts to survive.

Citizen scientists have documented sightings of the wollert and warnda in more than 100 of VicForests’ logging coupes in the Central Highlands forests, yet VicForests continues logging these areas.

Logging continues in threatened species habitat while RFAs are in place across the country. Despite the catastrophic Black Summer bushfires, Victorian RFAs were recently extended for another 10 years. In the 20 years that Regional Forest Agreements have been in place, logging has pushed iconic Australian species like the Swift Parrot, Leadbeater’s Possum, and the Koala closer to extinction. 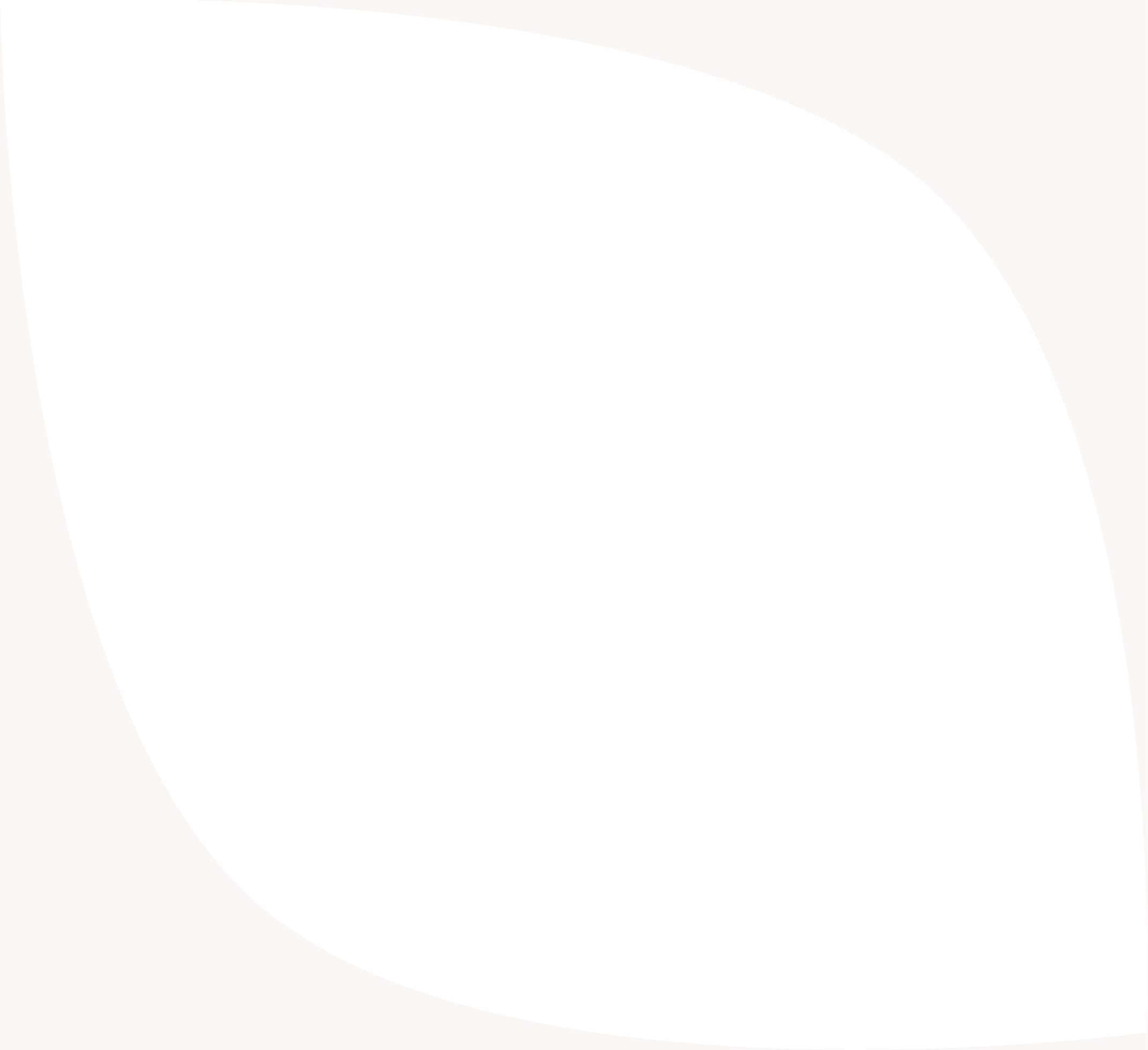 FLBP alleged that logging by state-owned VicForests in 66 areas of habitat for the critically endangered Leadbeater’s Possum and the vulnerable Greater Glider contravenes federal law. They argued that logging operations in certain areas of forest in Victoria’s iconic Central Highlands fails to comply with the Victorian Code of Practice, a requirement under the Regional Forest Agreement. This requirement is the basis for the exemption for “forestry operations” from national environment law. This non-compliance, FLBP claimed, means the exemption does not apply and VicForests must comply with national environmental laws.

The most significant breach of the Code alleged in the case is non-compliance with the precautionary principle laws in certain forests where Greater Gliders are living. The principle requires logging operations to avoid serious or irreversible damage to the species wherever practical. Greater Gliders are known to be threatened by logging yet logging continues in habitat where Gliders have been sighted.

This was only the second case ever brought in the 21-year history of Australia’s national environment protection law that challenges the special exemption given to the logging industry from laws that protect threatened species, via Regional Forest Agreements (RFAs). The case sought orders to stop logging in the 41 areas of forest in Victoria’s Central Highlands that were subject to the case and yet to be logged – areas home to Greater Gliders and Leadbeater’s Possums.

A huge win with national significance

On 27 May 2020, the Federal Court delivered its judgment in a huge victory for Victoria’s threatened possums. After a three-year David and Goliath battle in the Federal Court, community group, Friends of Leadbeater’s Possum (FLbP) proved that VicForests’ logging operations contravened federal law and failed to protect the critically endangered wollert and the vulnerable warnda.

Friends of Leadbeater’s Possum (FLBP), successfully argued that logging by state-owned VicForests in 66 areas of habitat critical to the vulnerable warnda and critically endangered wollert contravenes federal law. The court found that VicForests has not and is unlikely in future to comply with both state and federal laws designed to protect threatened species. This landmark decision set an important legal precedent applying federal threatened species protection law to the logging industry, which has operated under a special exemption from federal environment law for more than 20 years. It will have national implications for species threatened by logging under Regional Forest Agreements across the country which will now face much greater scrutiny. The court win prompted Bunnings to stop stocking VicForest products and started a number of challenges to logging operations across the country.

Justice Mortimer found that logging operations in certain areas of forest in Victoria’s iconic Central Highlands failed to comply with the Victorian Code of Practice for Timber Production, a requirement under the Regional Forest Agreement. RFAs are the basis for the exemption for logging operations from national environment law. The non-compliance with the RFA means the exemption does not apply and VicForests must comply with national environmental laws.

The central breach of the Code found that VicForests did not comply with precautionary principle laws in certain forests where Greater Gliders are living, because those logging operations do not avoid serious or irreversible damage to the species wherever practical. The species is known to be threatened by logging yet logging occurred, and is planned, in habitat where Gliders have been sighted. The Court also found a number of other breaches of the Code – including relating to protection of wollert habitat.

On 21 August 2020, the Federal Court delivered final orders on the case to determine how what relief would be granted to Friends of Leadbeater’s Possum. Justice Mortimer’s orders granted final injunctions to protect the 66 areas of forest home to the vulnerable wollert and critically endangered warnda subject to the case.

The Judge also made formal declarations of unlawful logging by VicForests in those 66 areas and ordered VicForests pay Friends of Leadbeater’s Possum’s costs of running the case.

VicForests appeals to the Federal Court

Instead of taking their bulldozers out of threatened possum habitat and focusing on the transition out of native forest logging, VicForests, took volunteer-run Friends of Leadbeater’s Possum back to court to try to log more critical habitat and risk killing hundreds of Greater Gliders. The government-owned business enterprise appealed the decision on 31 grounds.

In April, 2021, we were back in court defending our clients Friends of Leadbeater’s Possum for a three-day appeal hearing to the full bench of the Federal Court. Our legal team worked around the clock preparing the case and engaged some of the best legal partners to put the strongest case forward to defend the landmark decision.

On 10 May, 2021, the full bench of the Federal Court found in favour of VicForests on a single ground. They found, that even when conducted in habitat critical to the survival of wildlife facing a high risk of extinction, and in breach of state law, VicForests’ logging operations are still exempt from federal environment law under Regional Forest Agreements.

Key findings that stand include that logging is permanently destroying habitat critical to the survival of the Leadbeater’s Possum and Greater Glider, is a cause of the decline of important populations necessary for their long-term survival, and that current reserves are inadequate to protect the species from their high risk of extinction.

The original judgment also found that logging in the 66 areas subject to the case was in breach of Victorian environment law, and in just 17 of the areas investigated, up to 600 Greater Gliders may have been impacted and killed by the state’s logging agency. All appeal grounds relating to those findings were dismissed.

Logging continues daily in Victoria at sites where Greater Gliders are recorded and in known Leadbeater’s Possum habitat. Many of those logging operations may also be unlawful under state law, even if they are exempt from federal law.

Friends of Leadbeater’s Possum appeals to the High Court

On behalf of our client, we applied to the High Court to appeal the Full Federal Court’s decision. Our application hearing was listed for Friday 3 December 2021.

Unfortunately our client’s application to take the possums case to the High Court was not granted.

This is devastating for Australia’s irreplaceable wildlife facing an extinction crisis. It means that our federal environment law is powerless to protect forests even when the Courts rule that logging is breaking state laws and driving threatened species to extinction.

This decision confirms the findings of the Samuel Review that Australian federal environmental laws are not fit for purpose – powerful extractive industries can get away with breaking state laws and driving endangered species towards extinction. But we aren’t giving up yet!

We’ll celebrate this case’s positive outcomes that have lasting implications for threatened species in Victoria and prepare our next big case to protect our beloved wildlife.

We are so grateful to everyone who has supported this David and Goliath battle over the past four years – every bit of your support is appreciated and went a long way. Thank you. We're back in court to defend vital possum habitat