Failing our wildlife: Why Victoria’s wildlife protection laws need to be modernised 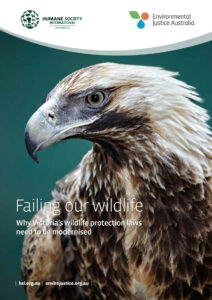 The challenges facing Victoria’s native wildlife are immense. Our wildlife are in the gun-sights of rapidly accumulating extinction and climate crises. Our laws are hindering and enabling the problem, not confronting it or overcoming it.

The Victorian Environment Minister announced there will be a review of the Wildlife Act 1975 (Vic) in 2021. This announcement occurs in the context of egregious incidents of the killing of protected native wildlife and controversy over the effectiveness of the Act.

The Wildlife Act has not previously been reviewed. The Act is the product of incremental, ad hoc changes to laws governing both native and non-indigenous fauna over the past century. It has its origins in very old laws governing hunting, with concerns over conservation and care for native species built into the scheme since 1975.

Generally, the law is outdated, not driven by clear policy or science, and its administration is mired more in obscurity than good
governance.

Establishing a clear critique of the existing Wildlife Act is necessary in order to move to what should replace it, including what wildlife law should be aiming to do and the means by which it undertakes that task.

The main areas on which this report focuses are: