Even though burning rubbish in backyard incinerators was banned about 40 years ago, a number of companies in Australia have moved to restart the practice by burning waste in industrial incinerators for energy.

These waste-to-energy projects might sound good at face value but contrary to company claims, waste incineration is not necessarily good for the environment or community health. Combustion of toxic materials such as plastic and PVC release toxic pollutants into the air, including mercury, lead and dioxins that are associated with serious health impacts.

Facility operators often reassure communities that pollution level standards will be adhered to. In reality, air pollution standards in Australia are lax compared to many other countries and are often poorly monitored and regulated.

Our governments must stop accepting ‘solutions’ that relocate pollution sources and exacerbate environmental harm and instead prioritise energy projects that aim for zero waste, prioritise recycling and are genuinely clean and renewable.

Where these projects do go ahead, it must not be at the expense of the community health and the environment. We must make sure that there are legally enforceable conditions in place to limit pollution, protect community health, provide transparency and ensure that waste is not diverted away from recycling and reuse.

On 28 November, 2018, the Victorian Environment Protection Authority (EPA) approved a joint proposal from Australian Paper and waste giant Suez, to build a waste-to-energy plant at the Maryvale paper mill in the Latrobe Valley.

The companies planned to burn an estimated 650,000 tonnes a year of rubbish from Melbourne and Gippsland – roughly enough to fill three-quarters of the MCG, or 468 Olympic swimming pools – an equivalent of more than half of Victoria’s domestic rubbish.

Acting for community group, Environment East Gippsland (EEG), we challenged the EPA’s decision to approve the plant in the Victorian Civil and Administrative Tribunal (VCAT) on the grounds that there were no guarantees that organic waste, native forests or recyclables wouldn’t be burnt when they could be reused, composted, used as fertiliser, or recycled.

EEG agreed to withdraw its appeal after Australian Paper and the EPA agreed to amend the approval to respond to the group’s concerns.

New conditions negotiated by EEG include: 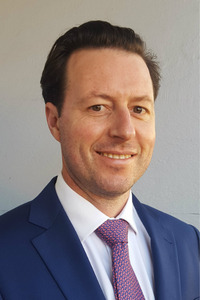 “The settlement shows the importance of community groups scrutinising proposals and taking action to strengthen conditions on projects that can threaten a region’s health and well-being,” “The strengthened conditions should ensure that the community has better access to information about the incinerator’s emissions and should better protect both the community and environment.

We are hoping that this incinerator will prove unviable as the Victorian community gets behind the more sustainable circular economy which focuses on reducing, reusing and recycling, rather than incineration.”