“This is why we need climate justice”: What led Jacob to the environment movement

My name is Jacob, the Aboriginal Engagement Officer at Environmental Justice Australia.

I will be writing a series of blog posts throughout my time here as I aim to tell my story and also discuss some interesting topics in regard to my work and involvement in environmentalism over the past few years and moving forward.

I was born and raised on Bunurong Country in modern-day Frankston, Victoria. Today, it is similar to the area I grew up in during the 2010’s. Frankston is diverse from a socio-economic standpoint, though you’d never know due to the stigma associated with the area. Just like many large suburban areas, there were ‘good’ parts and there were ‘bad’ parts and parts that were somewhere in the middle.

On the south side of Cranbourne Road there were multi-million-dollar houses with views of the bay and the city, well-resourced private schools and even a couple of gated communities.  There were even rumors that Hugh Jackman had a house on Oliver’s Hill. But if you lived on the north-side like me, there were countless housing commission blocks, halfway houses, neighborhood community centers and a lot of struggle amongst the people that lived there.

My parents were quite young when they had my sister and I, so despite the fact they both worked and were married, we grew up in the working class suburb of Karingal, which can be translated from Bunurong language to ‘happy camp.’ Both my parents came from humble beginnings, my dad was the son of hard-working Italian immigrants, and my mum’s family had close ties to the Melbourne underworld in the 70s and 80s. My mum experienced so much grief in her childhood, and as a result started to experience homelessness from the age of 11. Early in my childhood, she recalled a story about how she spent her first night homeless, she slept under a bridge at Batman Avenue near the site which is now Federation Square.

She was asked to feature in the 1989 documentary Nobody’s Children – which highlighted the struggle of homeless Australian youth to navigate the social support system – but she faced extreme vulnerability of her dad finding out. A must watch documentary nonetheless that is still relevant today. 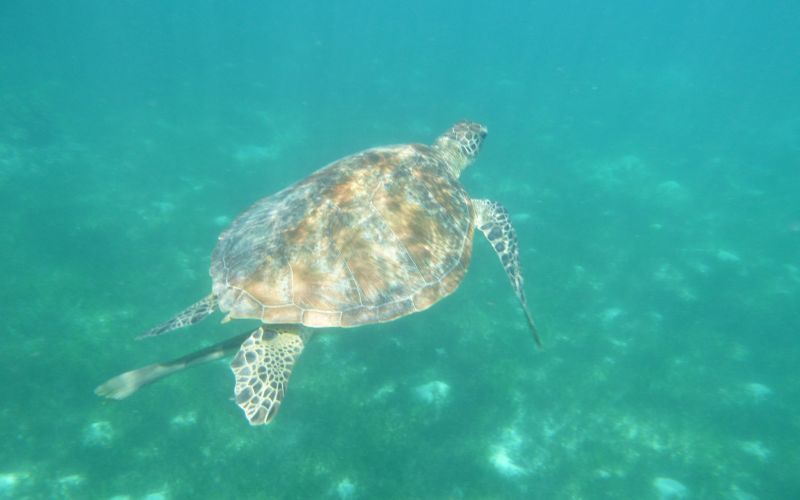 Despite the hardships experienced early by my parents, my home-life was great. They worked hard and I was incredibly fortunate that we were able to afford social sport engagements, holidays, and school trips. These are experiences that most Australian children get the opportunity to have but were sadly uncommon for most people that I grew up around.

I was 13 when I found out about my own Aboriginality. It was the result of discovering family photos, evident there was more in my genetic makeup than Anglo-European origins. My mum tried to deny it at first.

Later  I realized that this was because she was trying to ‘protect’ me. I started to probe, and eventually, my mum let me in on the ‘family secret.’  I have met so many people who have a similar story, it is evident that in many cases generations of families have been taught to be ashamed and embarrassed about their Aboriginality that it has been kept a secret.

As a result, I have a suspicion that the population rate of Aboriginal people is higher than the three per cent recorded in the census. Nonetheless, I went through high school acknowledging it when it came up, but never celebrating it. There were many times where my own friends would refuse to believe that I was Aboriginal because I was not ‘black’ enough. A thread that seems too common amongst Aboriginal people with a light complexion. In year 11 at the age of 16, I was fortunate enough to be invited to attend an exchange opportunity, where I was to live and volunteer in an Aboriginal community for three months.

The community of Yarrabah was located north-east of Cairns on a remote peninsula.

According to the Australian Bureau of Statistics socio-economic data, Yarrabah is officially the most disadvantaged community in Australia with only one school that goes up to year 9 and the highest rate of youth suicide and youth crime in Queensland. The community is also 98 per cent Aboriginal.

At the time I wasn’t aware of this, as the social workers and teachers had not mentioned anything about the conditions we would come to experience. Honestly, I thought I was going up to Cairns to mellow-out, kick the footy and snorkel for three months. It became evident as soon as we stepped out of the car in Yarrabah that it was not going to be the case.

Prior to this experience, I thought I had a detailed understanding of struggle and poverty, more so than many other people my age because I had seen it and heard stories about it. What I had not considered though was how it affected whole communities of people, particularly Aboriginal people. Curriculum within a year 9 history class at a predominantly Anglo-Saxon school does not exactly go into depth about the effects the stolen generation has on Indigenous people today.

Despite this, I knew what violence looked like, I had seen relative poverty, but I was always able to get away from it by going back to live in my house, with my nice parents, with my nice things. I always had a safety net.

Although I had seen a lot of bad things happen in Frankston, I felt comfortable walking the streets at night and in my friend’s houses. The upbringing I’d had up to that point had taught me how to instinctively communicate with people and gave me an element of street smarts that has led to having confidence in situations where many people would feel uncomfortable today. But the experiences I had in the first few days of my Yarrabah exchange were so profound and had made such an impression on me that I felt uncomfortable and unequipped in an instant.

In three months volunteering at the youth centre,  I became increasingly aware of the issues that affect many disadvantaged communities. High rates of crime, overcrowding in dwellings, alcohol and drug use, homelessness and general unsightliness due to the mangy stray dogs and decrepit buildings. It felt like the worst parts of Frankston had been amplified and the effect led to such a profound emotional response since I was at that point making an increased effort to connect with my culture.

I learnt a lot about the Yarrabah community from the youth, I was privy to beautiful dreamtime stories and performances, I relished the opportunity to see an eight-year-old kid, catch, bone and fillet a turtle like an experienced butcher. In hindsight this experience led me to two key understandings. First, it set the wheels in motion for my career choices later in life, and second it is a point of reference when I reflect on and explain the term climate justice.

A majority of people that lived in Yarrabah lived below the poverty line and many didn’t even have access to electricity, a lot of families grew their own fruit and vegetables and lived off fishing and hunting for their meat. As a result, the community is responsible for a substantially lower amount of carbon emissions than people living in metropolitan areas. The culture and traditional lifestyles of people living in Yarrabah are threatened by rising sea levels and devastation of the Great Barrier Reef and vital waterways.

All this even though they are contributing the least to the intensifying climate crisis. This is why we need climate justice.

At the moment Environmental Justice Australia has a large hand In returning land rights back into the rightful hands of Aboriginal peoples. We are doing this through our work with Tati Tati in which we are working hard to return water to the Margooya Lagoon. We are also working closely with DJAARA. Our goal is to help provide greater freedoms for first nations groups to undertake cultural burns. Cultural burning has proven to have many benefits on the social and cultural wellbeing of first nations people and also acts as a protective mechanism against bushfires.

Through this blog, I will document the many amazing projects that Environmental Justice Australia is undertaking to restore justice to First Nations People. I hope it will allow you to reflect on your beliefs, learn some key foundations of a healthy environment, whilst also inspiring you to take action.